Have you heard of The Obagi Blue Peel? Women and men are paying up to £300 to obtain younger, more beautiful skin.

What is the Obagi Blue Peel?

Featured on Oprah and numerous other talk shows, The Obagi Blue Peel is a rich blue green skin cream invented by well-known researcher, innovator, scientist and dermatologist, Dr Zein Obagi. The Obagi Peel is used to first dye the skin so dermatologist, physicians or plastic surgeons can readily see where the peel has been applied. After applying the cream and seeing exactly where it has rested on the skin, the dermatologist then applies an acid peel. The peel is used in combination with Trichloroacetic acid. Trichloroacetic acid (TCA) is an active ingredient used in chemical peels to help remove wrinkles. The TCA is added after physicians know exactly where and how much is needed to accomplish a patients desired results.

What Does The Obagi Blue Peel Accomplish?

Individuals seeking a more youthful, glowing complexion will readily dish out £300 or more to obtain or restore the youth to their appearance. The Obagi Blue Peel removes the top layer of the skin to reveal the new skin underneath. Clients will usually see a fresher, younger and smoother complexion after treatment.

What Other Benefits Are There

Thousands of doctors have used the Peel to enhance and control other skin concerns their patients may suffer from. Tens of thousands of dermatologist, physicians and others have used the Obagi Blue Peel in effectively accomplishing skin improvement or restoring the natural and youthful appearance of the skin. The Obagi Blue peel has been beneficial in treating acne, rosacea, wrinkles, fine lines, age spots, sun damaged skin and restoring the natural skin tone by removing spots and other skin imperfections. In addition to restoring the youthful appearance to ones skin, the Obagi Blue Peel has been beneficial in producing collagen which decreases with aging. Producing collagen can result in the awakening of the elasticity to the skin. Awakening collagen production can change the sagging of ones skin to a plumper more youthful appearance.

Can The Same Results Be Obtained At A Cheaper Cost

Not everyone has £300 to dish out to restore youth to their skin or appearance. So how can you obtain similar if not better results at a cheaper cost? There are hundreds of less expensive products on the market. Some can provide similar if not better results. One that is extremely effective in producing similar results is Neosporin’s Antibacterial Crème. You can find the Neosporin line or its generic form in any pharmacy. 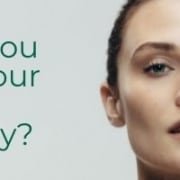 How Can You Increase Your Botulinum Toxin Safety?

eDermaStamp ® – the future of micro-needling treatment?

What You Should Know About At – Home Chemical Peel Kits